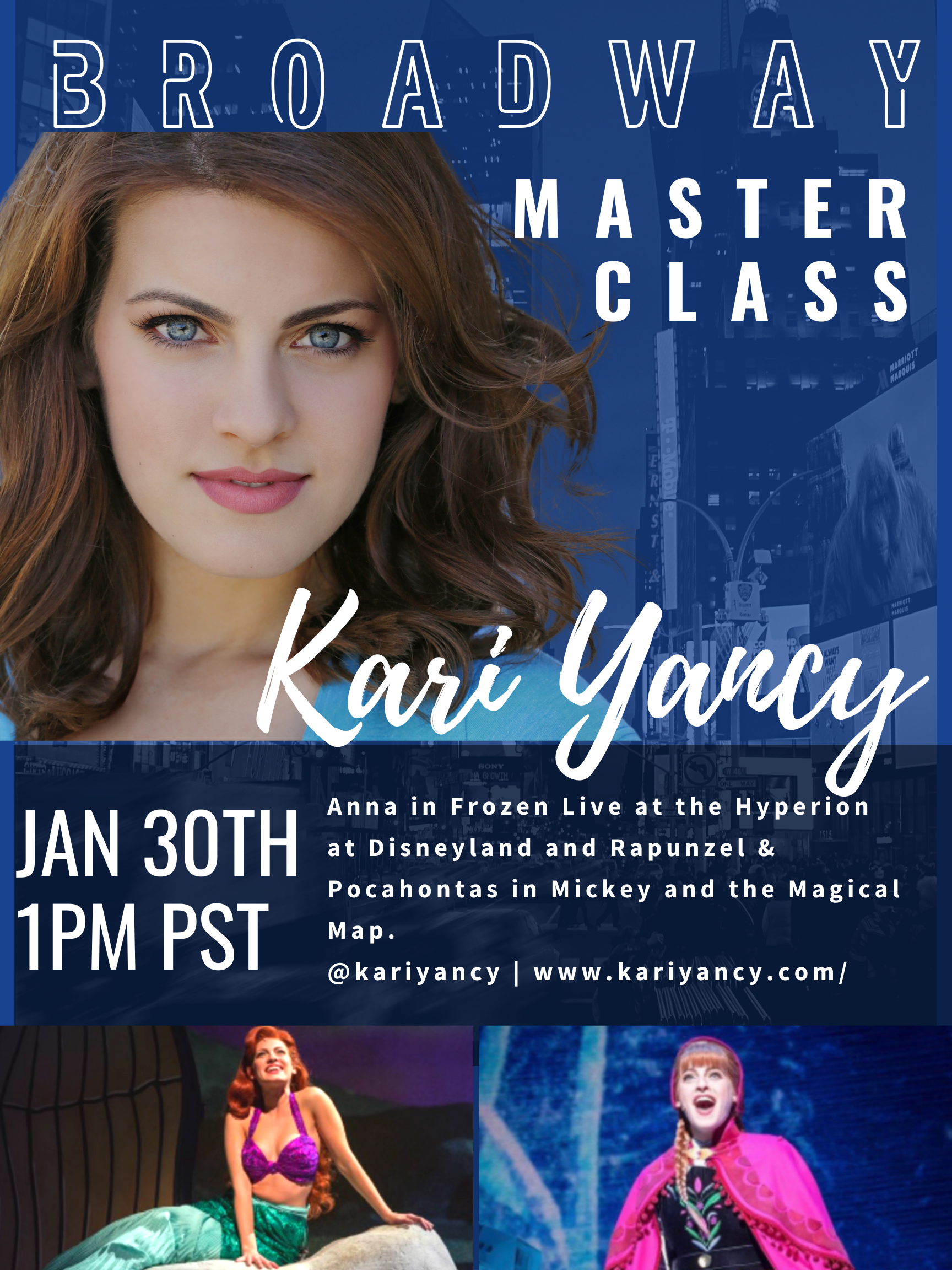 Kari Yancy (AEA/AGVA) has performed in musical theater professionally since the age of 15. She grew up in the Bay Area and began her professional career at American Musical Theater of San Jose, performing as Dorothy in The Wizard of Oz and Belle in Beauty & The Beast (u/s & performed). Regional theater credits include Utah's stunning Tuacahn Amphitheatre, Sacramento Music Circus and The Paramount in Chicago. Favorite roles: Dorothy (Wizard of Oz), Ariel (The Little Mermaid), Belle (Beauty and the Beast), Mary Robert (Sister Act), Jane (Tarzan), and Wendy (Peter Pan). Over the last 10 years, she has also performed various mainstage roles for the Walt Disney Company - including Cinderella & Cruella DeVil on the Disney Cruise Line, and most recently full-time at the Disneyland Resort playing Anna in Frozen Live at the Hyperion and Rapunzel & Pocahontas in Mickey and the Magical Map. She graduated from University of California, Irvine with a BA in Drama, Emphasis in Musical Theater.
In addition to her performing work, she has directed various children's theater productions, including 6 productions with a theater company she started at the age of 14. She continues to privately coach musical theater students (in person and virtually), helping them grow in successful audition and performance skills. She is also available for virtual princess parties and facetime calls through her side business - "Singing Princesses by Kari" - bringing magic to the littlest ones! Visit www.kariyancy.com for contact info and performance photos and videos.

$45 for singers who coach with Kari
$25 observer