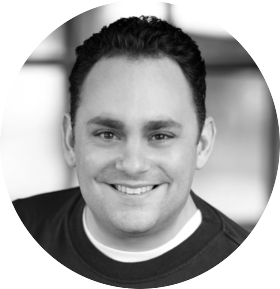 began his theatrical career at the age of 10 at the Firehouse in Pleasant Hill (now the home of Performing Academy), rehearsing The Music Man for Contra Costa Musical Theatre. Since then, he has hardly left the stage. In 2010, he received a Shellie Award for Best Actor for “Max Bialystock” in The Producers for Diablo Light Opera Company, and in 2012, he received the Bay Area Theatre Critic’s Circle Award for Best Actor for Edna in “Hairspray!” for CCMT. He began playing the piano at 3, professionally at 8, and has the gift to play most songs by ear on their first listen. For the past 25 years, Marcus has been the choir director at Salesian College Preparatory, arranging every song personally for a 25 voice choir for all school liturgies and a week-long Broadway/Pop concert tour of Los Angeles every spring. Having trained privately with Joe Barnett, and members of San Francisco Opera upon Joe’s passing in 2006, Marcus teaches from the mantra “Your greatest power lies in your deepest relaxation.” Marcus makes all materials in his recording studio, including piano/cello led exercises, fully orchestrated background tracks, and guide vocal tracks to learn from. Above all things, his goal is to help you find the beauty and strength in your own instrument, through positivity, encouragement, lots of high-fives across the piano, and material that connects to your heart. 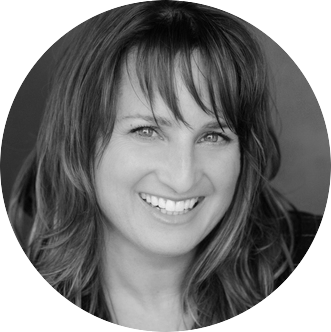 Jacquie is a Bay Area actress who recently appeared as Annette in Town Hall Theatre’s God of Carnage and the San Francisco Bay One Acts. Favorite roles include Mrs. Boyle in Mousetrap (Altarena), Dame Van Tassel in The Legend of Sleepy Hollow (SF Shakespeare Festival) and King Edward in Henry VI, Part III (Actor’s Ensemble of Berkeley). In addition to stage work, Jacquie has appeared on-camera for commercials (Blue Shield, Youthful Gold), industrials (Safeway, AAA), television (I Almost Got Away With It), and film (The Game, Who Wants to Go to Heaven). As a performer and educator, Jacquie toured schools throughout the state bringing history to life with Live Oakes Educational Theater’s Complete Condensed History of California and Coyote Tales.   She has directed student productions and taught acting and improvisational performance for San Francisco Shakespeare Festival, Town Hall Theatre, Girls Evolve and Adventure Theater. As a guest lecturer at City College of San Francisco she taught improvisation, creative thinking, and team collaboration. Jacquie is a graduate of UCLA and studied directing, British dialects, and audition techniques at Berkeley Rep and acting Shakespeare with Cal Shakes. 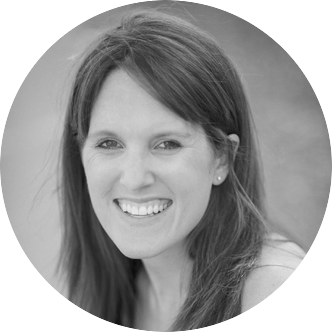 Liz received her Masters Degree in Music with a Vocal Performance Concentration from the University of Northern Colorado in 2006 and has since owned and operated a thriving voice studio catering to elementary school aged through adult students. Liz's teaching, as well as her singing, places an emphasis on Body Mapping, which is the study of our mental representation of our body's size, structure, and function.  She is deeply inspired by Body Mapping because it teaches singers to become educated about and think independently about their bodies and voices and helps singers avoid injury. Liz teaches a wide variety of genres but places an emphasis on musical theatre as she feels that it is an accessible hybrid between classical and pop that is a cornerstone in developing technique.  In addition to teaching technique, Liz aids students in learning to sight read, understand music theory, refine stage presence, overcome performance anxiety, learn new repertoire, and prepare for vocal competitions/auditions.  She prides herself on her ability to work with singers at differing ability levels and with differing personality types. 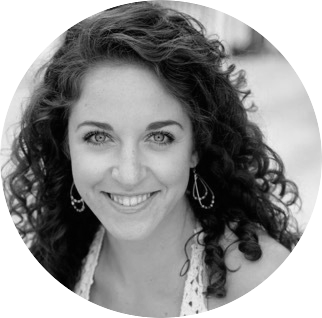 Danielle has been lifelong performer, singer and dancer. Originally from Boston, MA Danielle studied at Boston University’s College of Fine Arts and the London Academy of Music and Dramatic Art before moving to New York to pursue a career in theatre, film and television. In New York Danielle studied voice with an apprentice of Cornelius Reid, a well-known vocal pedagogue specialist in the bel canto technique. Her theatre credits include originating the roles of Jenny in MUSE at the Manhattan Repertory Theater, Mildred in HAIRY APE at the Boston Center for the Arts, television episodes of Brain Games and On the Case with Paula Zahn and a national commercial for Verizon Fios. After moving to the Bay Area a few months ago, Danielle was thrilled to find Lamorinda Performing Academy and is looking forward to inspiring the next generation of performers. As a teacher she strives to create a fun and dynamic environment to help students develop their confidence in a supportive and nurturing space. In addition to her performing experience, Danielle also draws off her experience as a 200hr Yoga Alliance certified instructor and in January she began an Alexander Technique teacher-training program at the Alexander Educational Center in Berkeley. 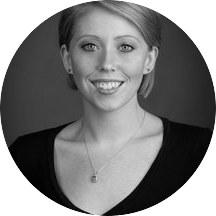 Tina holds a Master's Degree in Vocal Performance from the San Francisco Conservatory of Music. She also enjoys working with local musical theatre and opera companies. Tina has been helping her private voice student's age 10 and up learn healthy vocal technique in a safe and nurturing studio environment for the last ten years. All skill levels are welcome! Come learn to sing, build confidence and have fun! 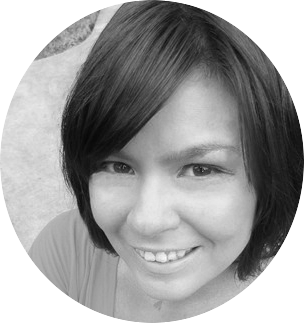 ALLISON PARAISO | Private Dance
Contact | 626-215-8701 allisonparaiso@yahoo.com
A Los Angeles native, Allison has been teaching many styles of dance and musical theatre all over Los Angeles County and Orange County since 2001. She has been teaching, choreographing, and directing in the East Bay since 2014. East Bay choreography and director credits include Seussical (DTC), Spring Awakening (DTC) and Peter Pan (DTC). Some performance credits include: Oklahoma (MTW), Hairspray (MTW), Hello! My Baby - world premier! (Rubicon Theater Co.), Carousel (Reprise!), Meet Me in St Louis (MTW), Long Beach Orchestra Holiday Celebration, Kiss Me Kate (CCPA), and Smokey Joe’s Café (CCPA). She has performed for many great causes such as: Help Is On The Way (REAF), S.T.A.G.E. (AIDS benefit), Broadway In The Park (MTW), Broadway Under the Stars (Reprise!), Children’s Hospital of Orange County, and St Jude’s. She has been fortunate enough to work alongside talented artists such as Lee Martino, Florence Henderson, Patrick Cassidy, Bruce Vilanch, Valerie Pettiford, Jason Alexander, Carole Cook and George Wendt. When Allison is not teaching or performing she’s growing her own business, Images Imagined Photography, specializing in headshots, theatre and dance photography. 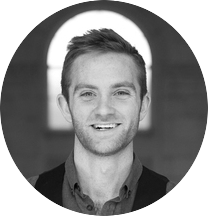 Has performed with opera companies in Philadelphia, New York, and over the East Coast over the last ten years. During this time, he premiered award winning operas, collaborated with major composers, won competitions, given recitals, and have appeared as a soloist with chamber ensembles and orchestras.

Chad has been teaching private voice over the last 6 years, drawing from a perspective of body mapping. He can teach a variety of styles including classical, musical theater, and jazz to wide ranging age groups and backgrounds. He has taught high school students seeking help in preparing for musical productions, competitions, or college auditions. He seeks to inspire authentic communication and to uncover my students’ authentic voice, which leads to one-of-a-kind performances.

Chad is part of the National Association of Teachers of Singing and has a Doctor of Musical Arts in Vocal Performance and Literature with a minor in Vocal Pedagogy from the Eastman School of Music. When not singing, you can find him hiking throughout Briones Regional Park with his wife and two small kids. Follow him on Instagram @chadsingsthings. 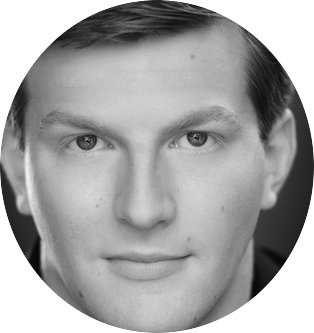 B.A. Theater & Performance Studies and Film Studies
is an actor and teaching artist based in the Bay Area. He has taught young actors at Berkeley Playhouse since 2014 as a director and acting coach. Adam also currently teaches acting at Contra Costa School of Performing Arts. Adam studied at UC Berkeley where he earned his B.A. as a double major in both Theater & Performance Studies and Film Studies. Adam received additional training at the American Conservatory Theater Summer Training Congress.  Some of Adam's acting credits include Berkeley Repertory Theatre (u/s for Angels in America), Marin Theatre Company (Oslo), Cutting Ball Theatre (Timon of Athens), Custom Made Theatre Co. (Isaac’s Eye), Curtain Theatre (The Comedy of Errors), FaultLine Theater (Oreo Carrot Danger), and Berkeley Playhouse (Beauty and the Beast and Tarzan). Adam is also wrote, developed and performed a two-man musical entitled JFK ‘n Me. You can find more about Adam at his website: www.AdamNiemann.com 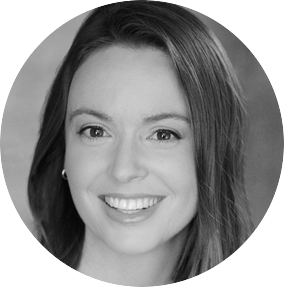 A Bay Area native, Ruby comes from a musical family with her parents both performing in the SF Symphony, and brother professional pianist.
Ruby took up the violin at a young age and focused on that instrument for 13 years before taking a strong interest in singing and acting. In middle school, she performed in various musical productions, which fueled her passion. Ruby attended Idyllwild Arts Academy to deepen her theatrical skills for her final two years of High School.
Continuing the pursuit of performance, Ruby attended the Royal Conservatoire of Scotland, for 3 years, where she received her BA in Musical Theater. She then took her talents to NYC and attended acting classes, worked in small productions, and collaborated on theatrical projects. In Spring 2015, Ruby booked the International tour of Annie, as the role of Star to Be, and traveled the world performing. In Summer 2017, Ruby returned to her hometown to star in Beach Blanket Babylon as Snow White.
In her off hours, Ruby attended the Clown Conservatory of SF to broaden her emotional range, and sharpen her skills in physical comedy. She is so pleased to be home, and while she is sad to see Beach Blanket Babylon close, she is excited to bring her knowledge and experience to Performing Academy. Full of passion and patience, Ruby brings a swath of experience, from instrumentation, to singing, to big characters, Ruby is excited to teach and learn.